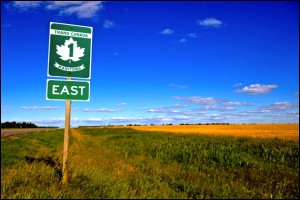 With the boom in the housing market across the lower mainland over the years, many people have naturally made the decision to move further east. What is unfortunate is how the infrastructure (roads, highways and especially transportation) has not been able to keep up with the growing population.

According to collisionrepairmag.com, the Fraser Valley stretch of Trans-Canada Highway 1 has seen an unprecedented climb in collisions, with a growth of more than 50 percent since 2011, according to a report by ICBC. The insurer reports that accidents last year alone reached more than 450, compared to just over 300 in 2011. The incidents of crashes this year are expected to be the highest ever, according to the report.

Collisions aren’t just occurring more often; they’re more dangerous, as well, with a 40 percent increase in collisions causing injury. The two-lane highway is reportedly a nightmare for any commuter, and it’s quickly becoming one of the busiest two lane stretches of highway in Canada.

As we think about all of our friends or family who use highway 1 on a regular basis, don’t we want to keep them as safe as possible? Should we be expanding the highway into 4-lanes to keep up with the demanding traffic? Since there is a 4-lane project from Kamloops to Alberta, we should try to convince government officials to extend that into the Fraser Valley where commuters can use the extra driving space. After all, The Trans-Canada Highway 1 is the primary east-west connection through BC, our main gateway to the rest of Canada, and a vital route for travel, tourism and trade.

Communicate your thoughts and concerns to tranbc.ca to try to make a difference!